December 20th 2014 was a special day for Cheng Yu Tung College. In the afternoon, while the College was holding a salon on Traditional Chinese Culture and Modern Youth in the seminar room of G012, a special guest, President Xi Jinping, walked in and participated in the discussion. 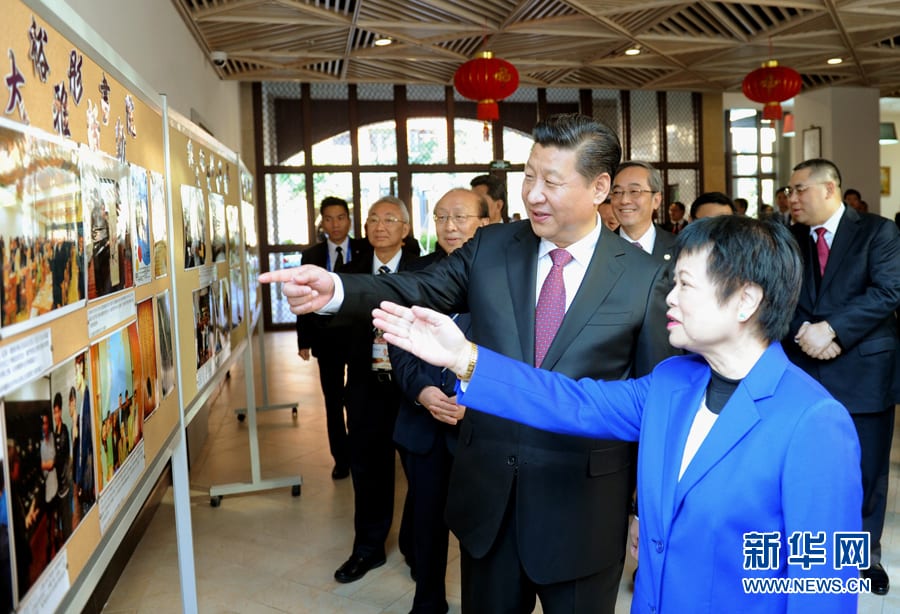 President Xi listened closely to the students’ discussion with apparent interest. He then exchanged his views with the students. The discussion lasted for about half an hour.

First, President Xi talked about his passion of learning and acquiring knowledge. He then commented on the students’ love of Chinese culture. Then, he introduced his own learning experience of Chinese culture. He said, “Chinese culture is broad and profound. I am an ardent advocate and avid learner of Chinese culture.” President Xi said that during his primary school days, he had read many Chinese classical books, such as Water Margin, and Romance of the Three Kingdoms. Even during the Cultural Revolutionary when he was assigned to farming work, he always tried his best to find Chinese classical books to read. “When a book was in my hand, I felt endless happiness.” President Xi said. He mentioned several of his favorite books including Strange Stories from a Chinese Studio, The Twenty Four Histories, and History as a Mirror. 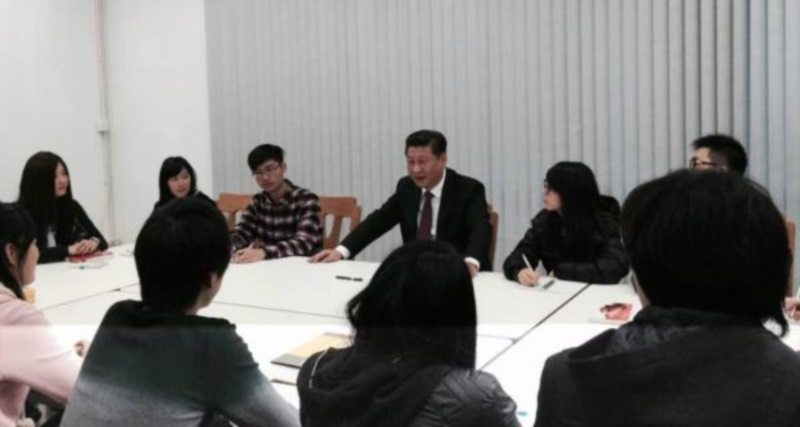 “There are always advantages in opening those books. In reading books, we should take a discerning attitude, selecting their essence while discarding their dross so that we can obtain positive energy.”

In terms of traditional Chinese virtues, President Xi said, “They are all important parts of Chinese culture. The challenges that we are facing are how to master them, how to give them new zeitgeist, and how to deeply understand and apply them in a right way. Traditionally, we call the above processes as “extension of knowledge”, “investigation of things”, “sincerity of thought”, “rectification of mind”, “cultivation of one’s own self”, “good regulation of family”, “right governance of state”, and “achieving world peace”.

While listened to students’ discussion on “sincerity”, he said, “If people have no faith in their rulers, the state will not be able to stand.” It is the same for a person, an organization, a nation, and a state. A nation and state with sincerity will be prosperous and powerful, and will be respected by the world.”

Third, President Xi asked students to cultivate the spirit of patriotism. He said that a core part of Chinese culture is patriotic spirit. In talking about China’s history, he said, “Patriotism has been deeply rooted in Chinese culture. Patriotism has also been in every Chinese pore.” He quoted two lyrics to explain patriotism. One is the anthem, in which there are references to building a new great wall with our flesh and blood. The other one is The Song of Seven Sons: “But they could capture my body, you still take care of the soul of my heart…” President Xi said, each time I listened to the songs, I was deeply touched by their patriotic fervor.

Facing a group of dynamic youth with shining eyes in front of him, President Xi said encouragingly, “As the youth generation of Macao, it is your duty throughout your lives to promote patriotism.” “We are now engaged in a great cause. One Country and Two Systems has never been attempted by our forefathers. Since reunification with China, Macao has been changed and developed dramatically. Such great achievement has evidenced the success of One Country and Two Systems and the advantage of this system. One Country and Two Systems indeed has no parallel in history, and the responsibility is on the shoulders of Macao youth to further develop it.” President Xi finally said, “I hope you will shoulder the great responsibility and create a new history.”