Cheng Yu Tung College (CYTC) held the successful exchange resident program with Chengchi University (CCU) from January 24th to 30th. All 10 students from CCU had learned a lot and enjoyed their staying with CYTC residents in the University of Macau.

According to the Memorandum of Understanding on a Program of Exchange Students between Chengchi Colleges and Cheng Yu-Tung College signed in May, 2014, the program was officially taken place the first time in December 2014 and January 2015. This is the second year and 10 selected CYTC students visited CCU from December 20th to 26th, 2015. The students took some courses in X college and Liberal Arts College as well as exploring “Taiwanese Tea Culture” with CCU students. The 10 students took courses such as philosophy, world history and civilization, digital broadcasting visualized programs, drum- beating workshop and so on. They visited several well-known and historical tea gardens and tea trade markets in Taipei to learn more about tea cultures as well.

After that, 10 CCU students visited UM in Jan. 2016, staying in CYTC, participating in various programs initiated by the College, the Floor and House Association and thoroughly experiencing the College life here. CYTC held the High Table Dinner, 4 series lectures and talks of “The Gaming and Tourism Industry of Macau and Asia”, the Sims-Being a Macau Resident, Portuguese dessert baking workshop and so on. Special thanks shall be given to the Director of the Institute for the Study of Commercial Gaming, Prof. Davis Fong. He gave a wonderful speech covering the history, recent development and future predictions of the gaming and tourism industry of Macau which made the participants have a better understanding of this city.

Last but not least, one of the most impressive and intellectual lectures was “Chinese Landscape Painting Space Becomes an Ideal World for American Poets” which was given by the College Master, Prof. Chung Ling. The lecture successfully attracted more than 100 audience to come and Prof. Chung used several poems and Chinese paintings to show how the Western and Eastern cultures emerged and expressed in the works of some American poets.

In the activity Crisscrossing Exchange of Residential Life: Macau and Taiwan on January 30th, several students shared their ideas and analyzed the difference between the two universities and showed the handmade work of “The Impression of Macau and Taipei”. Students of the two Colleges unquestionably built up very close relationship after the exchange program. Most of them were truly touched by the hospitality and warmth from CYTC and vice versa. Two Colleges agreed the exchange program will be continued next year and hopefully some community service or project-based elements will be put in so as to strengthen the quality of exchange programs. 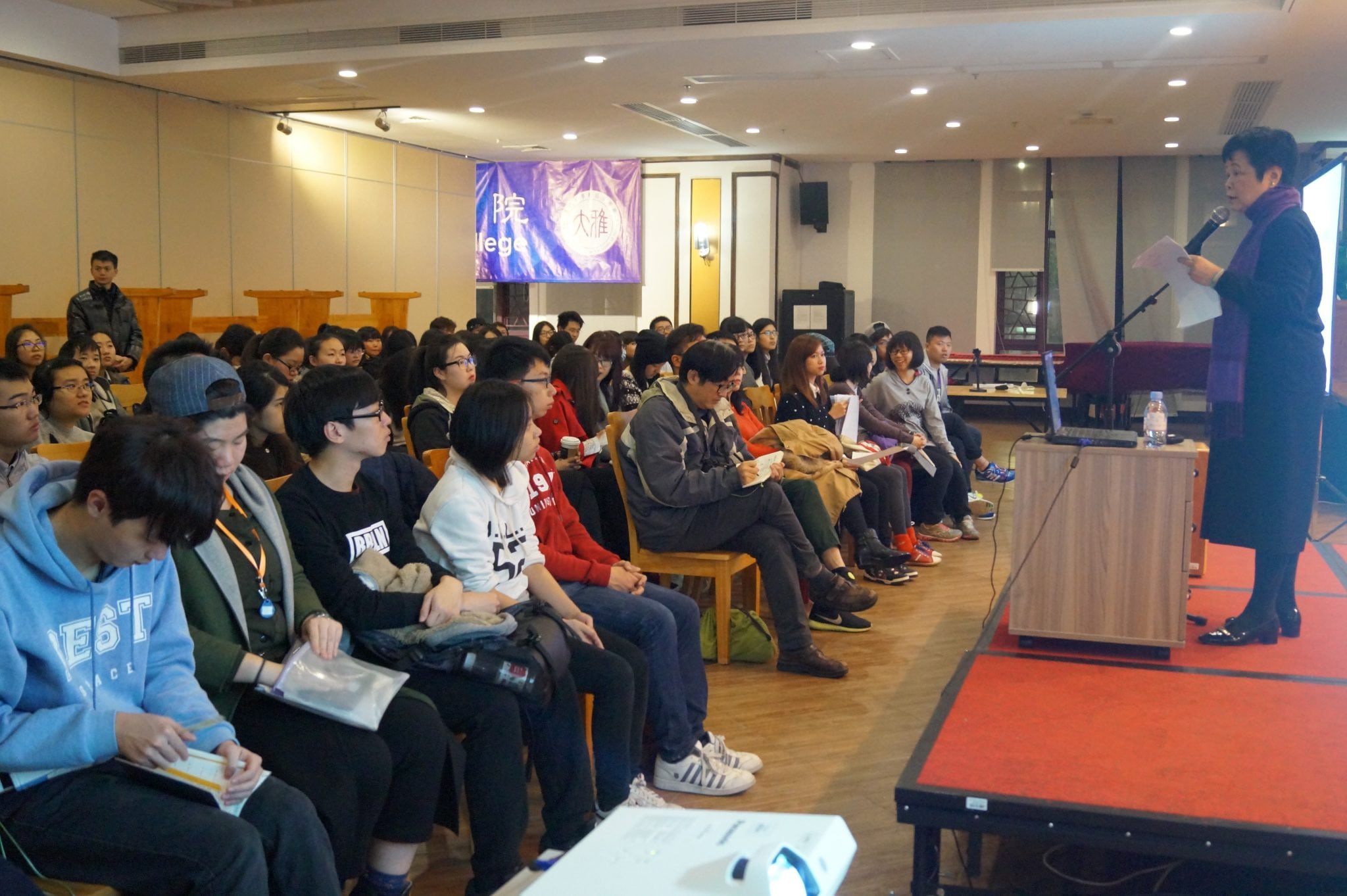